THE SECRET NIGHT GOLF CAPITAL OF THE WORLD?

We landed on Thursday, driving through the gates for Westwood Country Club in beautiful Rocky River, OH, just west of Cleveland. They are in the midst of a complete greens renovation so players were hitting onto fairway greens, which, by the way, were better than most greens on most hot courses. We then set up on a very nice, tight driving range for three nights of Labor Day weekend parties. The final night culminating as family night with about 100 kids going nuts.

We’d never seen so many kids stay for so long. We opened the evening festivities at 8:30 and the kids didn’t stop hitting until we shut the place down at 11pm. What is more awesome than that is that we have a tradition of inviting players out into the field at the end of the evening. They get to walk among the giant targets and inevitably throw balls at the targets to watch them flash and make noise. This time, we had a swarm of kids running onto the field like never before. At one point they overwhelmed out back field targets by jumping on them like they were bouncers. Parents were running frantically yelling to them to stop, but to no avail. I couldn’t get my camera out in time to catch it, but wow, what a sight. 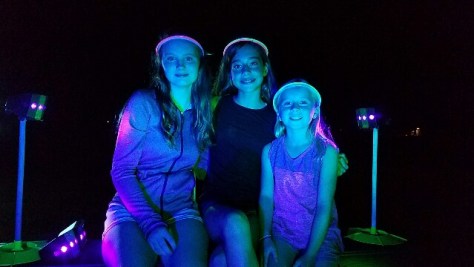 It’s amazing to live today with camera phones so good you can catch all the action…but when I can’t catch it I feel like an epic moment has been lost. When 30 kids are swarming our targets like ants on a massive glowing cupcake, it’s a true sight to see. The same missed camera phone moment  happened in Davenport when, at the very end of the weekend we were hit with a massive rain storm. Everyone ran for shelter. Since I was out on the field I ran for the car bubble. Climbing in I found myself inside a giant vinyl dome of light as the glowing course stood around me and the rain came down. Then, as I went for my phone to take a video…it had run out of juice. Only I alone could simply absorb all the awesomeness of the moment. It is now just a story with no proof. Like the giant fish story. After telling a cart boy, it ran through the club and in the end the head pro said he wished he could have been out there to see it with me. Sadly an un-captured epic moment in Cosmic Driving Range history.

So here are some highlights I did capture from this weekends’ event. Thank you to everyone at Westwood CC for all their hospitality and participation in bringing the 2016 summer tour to a close. It’s time to go back to Orlando! 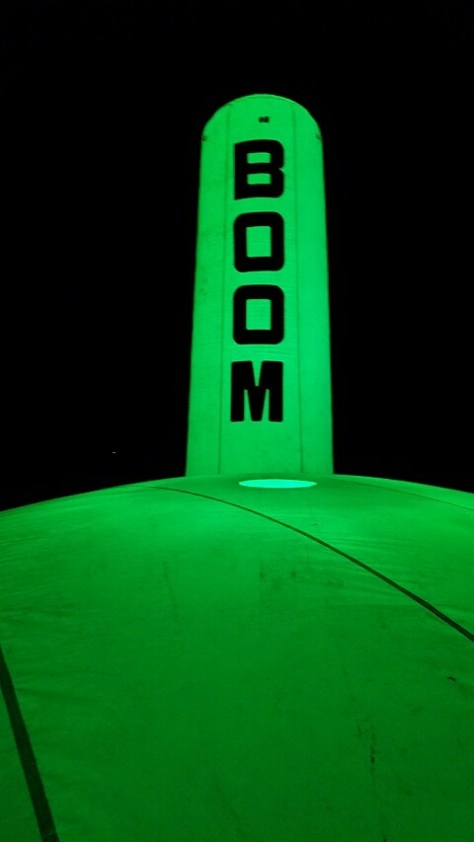 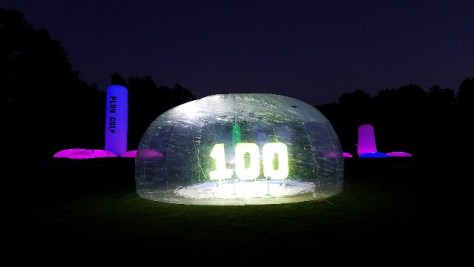 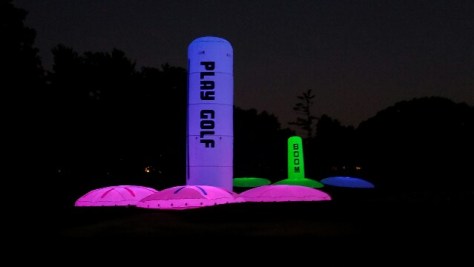 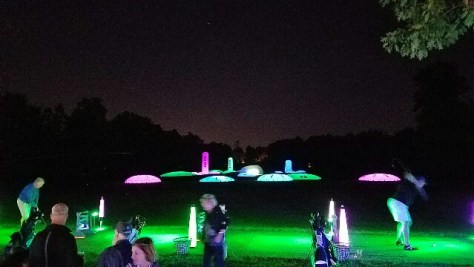 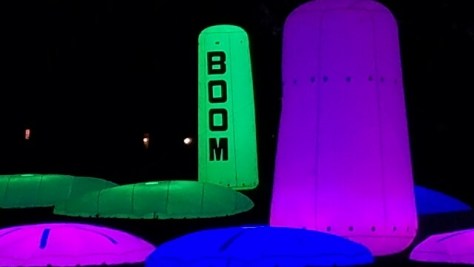 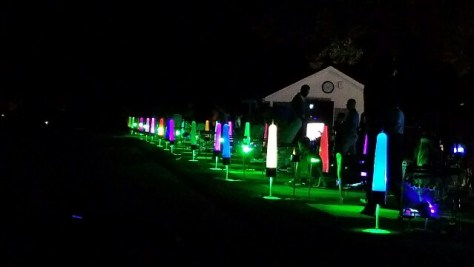 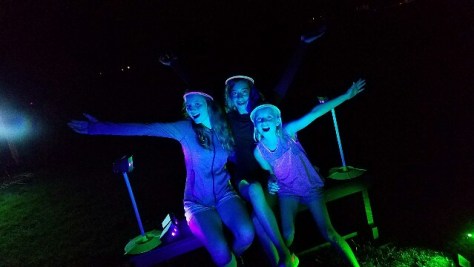 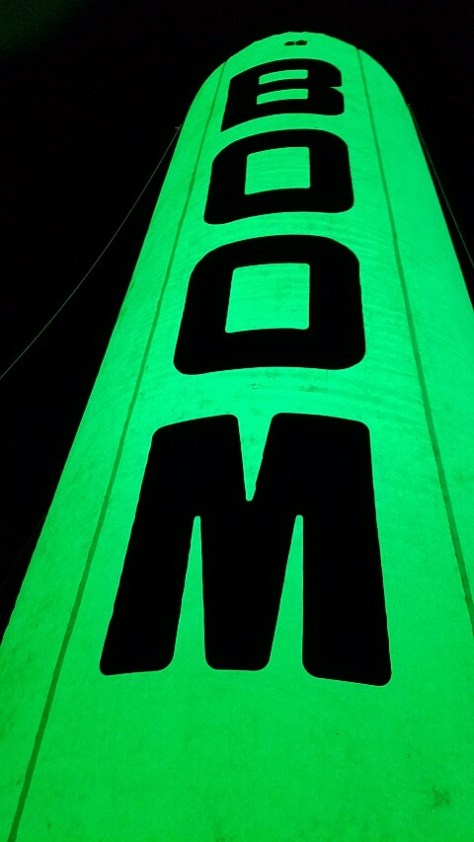 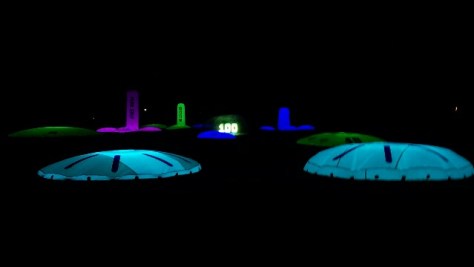 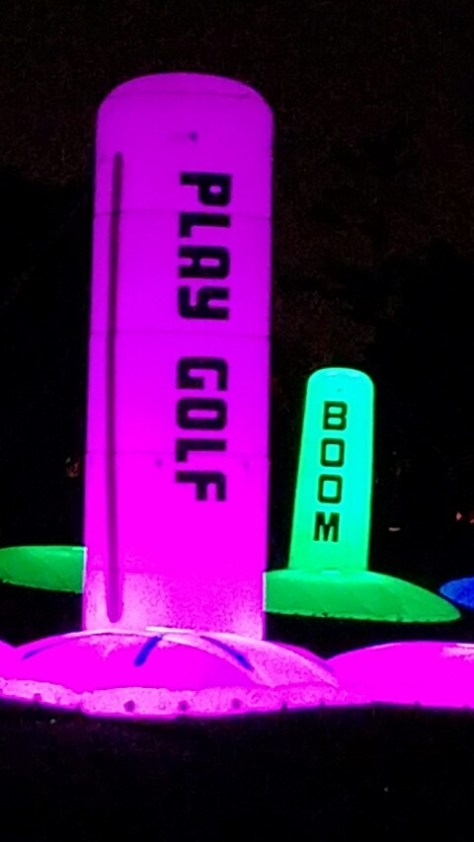 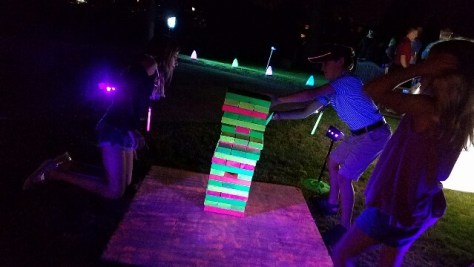 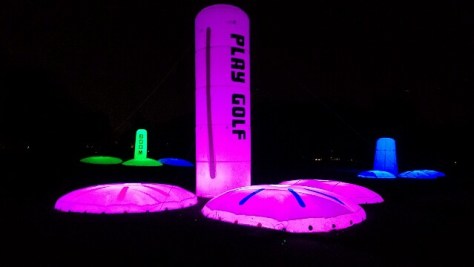 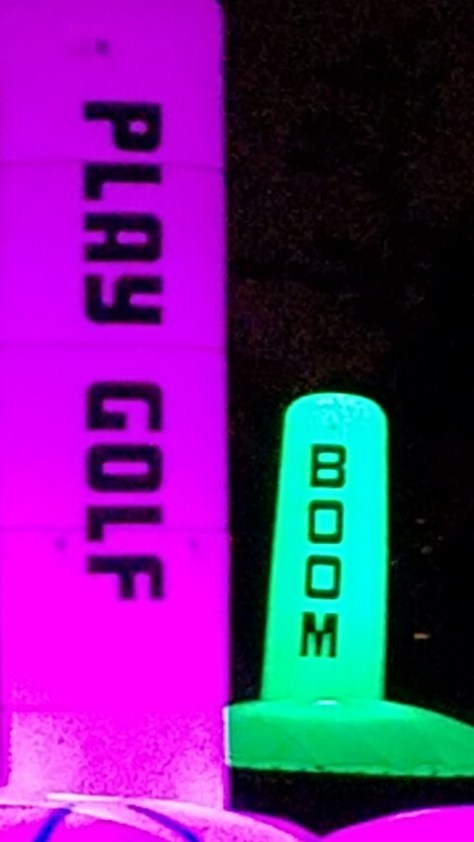 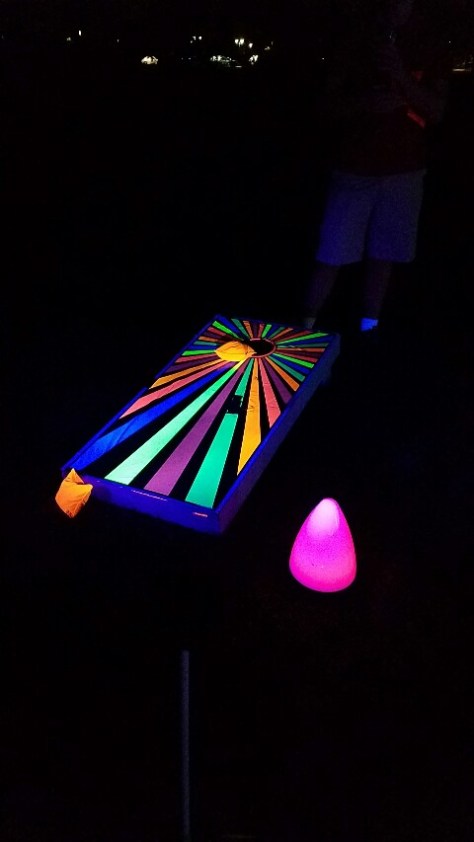 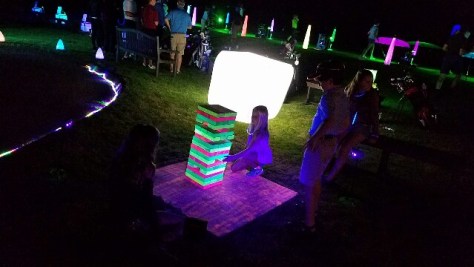 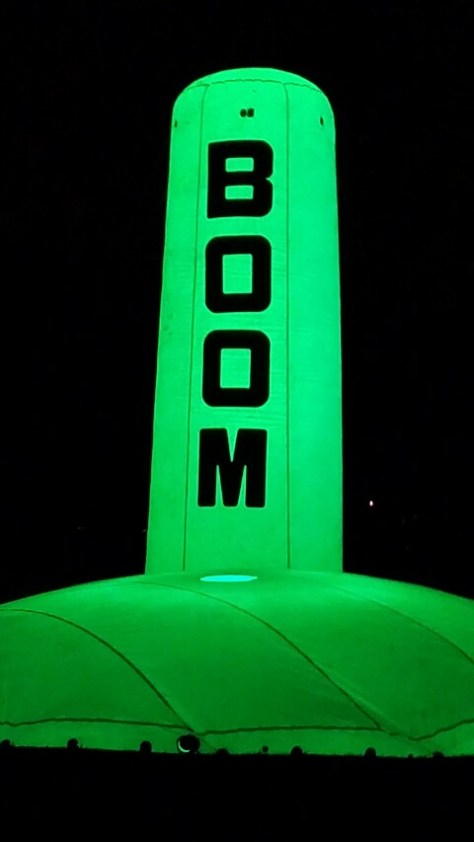 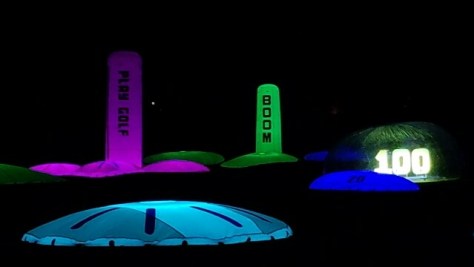 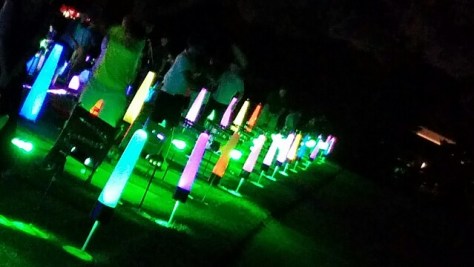 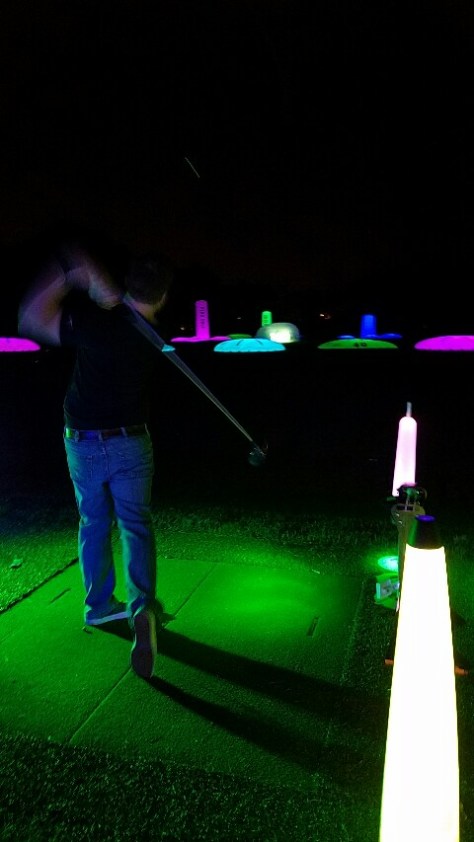 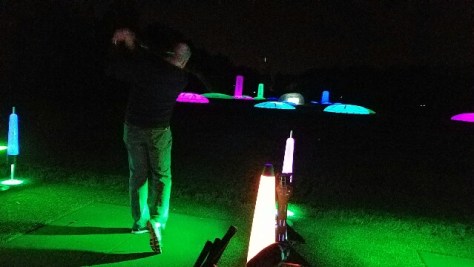 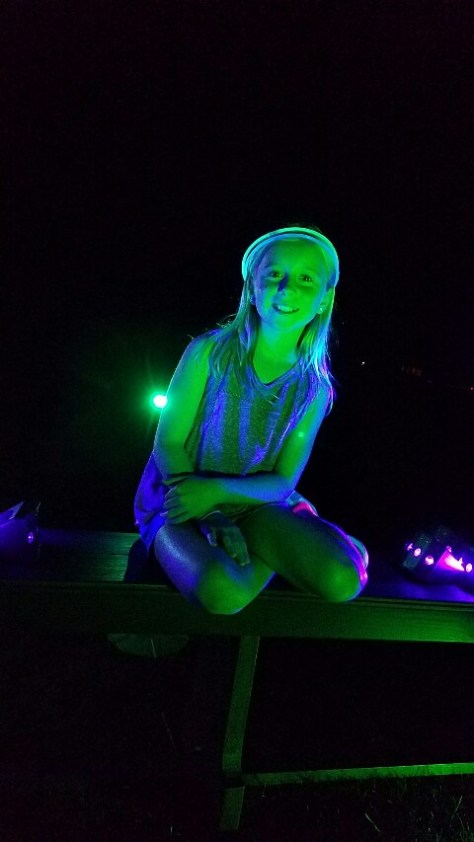